A Duty of Good Faith

As a law firm advising other law firms, we have regularly dealt with disputes in traditional partnerships, LLPs and limited companies. We try to resolve matters as early as possible for the benefit of all parties, including the party leaving the law firm or professional service firm, because it is exceptionally rare that a protracted legal dispute is worthwhile given the huge impact personally on an individual and the draining impact on the firm itself, in term of time, money and emotional effort.

Our blogs are usually short, sharp, and relatively to the point. In this blog though we adopt a longer and more detailed narrative on an emerging area of good faith, fiduciary duties, and the challenges of the emerging case law from a law firm perspective.

Law firms who operate as a partnership under the Partnership Act 1890 have always consisted of a collection of partners owing each other a mutual duty of good faith. Historically it has been one of the unique characteristics of the traditional partnership model as opposed to the more recent trend for professional service businesses, and law firms in particular, to trade as a Limited Liability Partnership (LLP) or Limited Company (Ltd).

Arguments deployed in a series of cases that we have handled, and which have resulted in outcomes not involving the court, have included arguments that have not been pursued, arguments that have been effectively compromised by round table negotiation or mediation and other ADR alternatives. Mark and I attended our friends at 10 Old Square Chambers’ recent seminar entitled “Leap of faith: is a good faith revolution coming?” with interest, knowing that it is an interesting area that has increasingly cropped up in our practice. Over the last three years or so we have dealt with numerous cases where a lack of good faith has been alleged between LLP members and Limited Companies.

Section 5 of the Partnership Act 1890 ensures that every partner is an agent of his or her fellow partners for the purposes of the business of the partnership. In practical terms this means that a partner in a traditional partnership can bind every other partner  With Joint and several liability, the property and affairs of every other partner (including therefore all of their personal assets such as houses, bank accounts and other property and assets) are at risk.

The attraction of an LLP or limited company has therefore always been to limit that personal liability. The duty of good faith between the parties has, however, always been attractive as a safeguard for partners.

Whilst a law firm or professional services business operating through an LLP or limited company may effectively limit its exposure to third parties in terms of the owners (called Members in an LLP and Shareholders in a limited company) between themselves, there appears to have been a shift in a series of cases over the last decade. Until three years ago, we were not seeing this shift reflected in the disputes that we were dealing with between partners in law firms and professional service businesses. By contrast the reverse is now true.

It is well established that the duty of good faith in a traditional partnership is one of a fiduciary relationship. As Bacon VC noted in Helmore v Smith (1886) 35 ChD 436 :

“If fiduciary relation means anything I cannot conceive a stronger case of fiduciary relation than that which exists between the partners. Their mutual confidence is the life blood of the concern. It is because they trust one another that they are partners in the first instance; it is because they continue to trust each other that the business goes on.”

Having established that the relationship between partners in a traditional partnership predates the Partnership Act 1890 through Helmore v Smith, it is worth noting that the existence of a duty of good faith (of which fiduciary obligations is one part) is certainly a more recent creation.

“I drew attention to a category of contract in which the parties are committed to collaborating with each other, typically on a long-term basis, in ways which respect the spirit and objectives of their venture but which they have not tried to specify, and which it may be impossible to specify, exhaustively in a written contract. Such ‘relational’ contracts involve trust and confidence but of a different kind from that involved in fiduciary relationships. The trust is not in the loyal subordination of one party of its own interest to those of another. It is trust that the other party will act with integrity and in a spirit of cooperation. The legitimate expectations which the law would protect in relationships of this kind are embodied in the normative standard of good faith.”

The point of a wider relationship was picked up Fraser J in Bates v Post Office (3)[2019]EWHC 606 (QB) emphasising that relational contracts were different and that there can be an implied duty of good faith. Fraser J went so far as to set out a nine-point specific test for relational contracts.

Pepperall J in Essex County Council v UBB Waste (Essex) Limited [2020] EWHC1581 (TCC) went on to observe that what will be required in any individual case in relation to a duty of good faith being implied into a relational contract will depend upon the contractual and factual context. In other words, each case turns on its own merits. For law firms and for those individuals involved in a dispute involving a law firm or other professional service business, the contractual and factual context and the matrix will therefore be important.

Picking up the baton in the situation of a limited company is the case of Unwin v Bond [2020] EWHC1768 which involved an express duty of good faith within a Shareholders’ Agreement. In that case the motive behind the ending of employment was key in the court’s view, and this is likely to be something which is not just mirrored in our series of cases over the last three years of so but is likely to be mirrored moving forward; the court was willing to look at the reasons behind the decision. In that case it was alleged that the dismissal had been improperly motivated by a desire to obtain the other parties’ shareholding by way of termination of their employment and the linked provisions in the Shareholders’ Agreement. The court however held that the extent of a contractual duty of good faith was dependent on the context in which it was owed, following the developing line of cases.

The court in Unwin identified that the duty of good faith was made up of a series of potentially overlapping factors, which included a requirement to act honestly and not for an ulterior purpose. A classic good faith element and a classic fiduciary type scenario.

Importantly from the perspective professional service firms and the professionals who own and operate them, the court also held that acting in good faith required the parties to “act fairly and openly, taking into account the other shareholders’ interest as well as their own.” Whilst Unwin was not a professional service case, there is in our view no doubt that the development through the series of cases over the last few years is morphing into a wider good faith arena. The extent and indeed even the impact of that arena will probably only become clearer over the next few years.

In the cases that we have dealt with, which are not reported, the conduct of the aggrieved former law firm or accountancy member or shareholder (depending upon whether it was an LLP or a limited company) has really revolved around looking at their conduct and demonstrating their lack of good faith and their fiduciary failures in order to reality-check what are often unrealistic expectations from an aggrieved and departing individual who is being excluded. In the case of a limited company they can also be an employee as well as a director and of course a shareholder for the purposes of this good faith requirement.

The Unwin case though neatly deals with the fact that matters should be dealt with fairly and openly when dismissing someone from their position as an employee. It is an approach in our cases when excluding a difficult shareholder, director, employee that we have really relied upon in order to mitigate the option for them subsequently to pursue a credible Employment Tribunal case or a case before the High Court for breach of section 994 of the Companies Act 2006, which relies upon unfairly prejudicial conduct and prohibits and unfair prejudice. For law firms in particular, where being a limited company is very much a minority interest in terms of the number of law firms adopting that model, this is a growing threat when the limited company model is becoming more prevalent.

The fact that the case is on appeal in the Court of Appeal with judgment awaited perhaps neatly summarises where we have reached at this stage. There is an emerging body of case law across LLPs and limited companies but the extent in nature is still being determined; hence the case is before the courts, particularly the Court of Appeal and perhaps most pertinently each case turns on its own factual matrix and circumstances.

What does this all mean for you?

Good faith is emerging as a trend beyond traditional partnerships. The extent and impact is, as we write, evolving. As a law firm looking to exclude a member of the LLP or a shareholder, director, employee of a limited company you should certainly act in an open and transparent manner, in a manner consistent with the relevant documents and without ulterior motive.

You must be able to demonstrate good faith and a rationale and reasonable basis for any decision.

If challenged using the wide remit of the duty of good faith and fiduciary duties, you must be able to rebut the suggestion that that has been breached.

Five years ago we would not have written a blog suggesting this; three years ago we would have thought about it and discussed it in specific cases; but as the focus in the courts is changing, it has become a more frequently encountered issue in our practice.

There are some fairly obvious things that an LLP or limited company can do to protect itself. Firstly, it can take independent legal advice and specialist legal advice at the relevant stage. We mean no disrespect to our fellow professional advisors when we suggest that if good faith is invoked then in our view a partnership specialist, which is to say someone who deals with the relationships between the small group of owning parties, whether they be partners, members or shareholders, should almost certainly be part of the legal team advising. That might be a firm like ours but equally it might be specialist counsel.

Is there merit in expressly including or excluding a duty of good faith between the parties in the LLP Agreement or Shareholders Agreement?

The wide-ranging issues included in this blog mean it is far longer than our usual blogs.

Obviously, the contents do not amount to personalised legal advice and we are merely drawing attention to the fact that there is an emerging trend in this area and that cases turn on their individual facts.

If you think that you, your colleagues or your firm is going to be affected by such issues we strongly urge you to take professional legal advice at the outset. Our experience, having handled a number of these, is the earlier that we are involved, the easier it is to resolve matters. 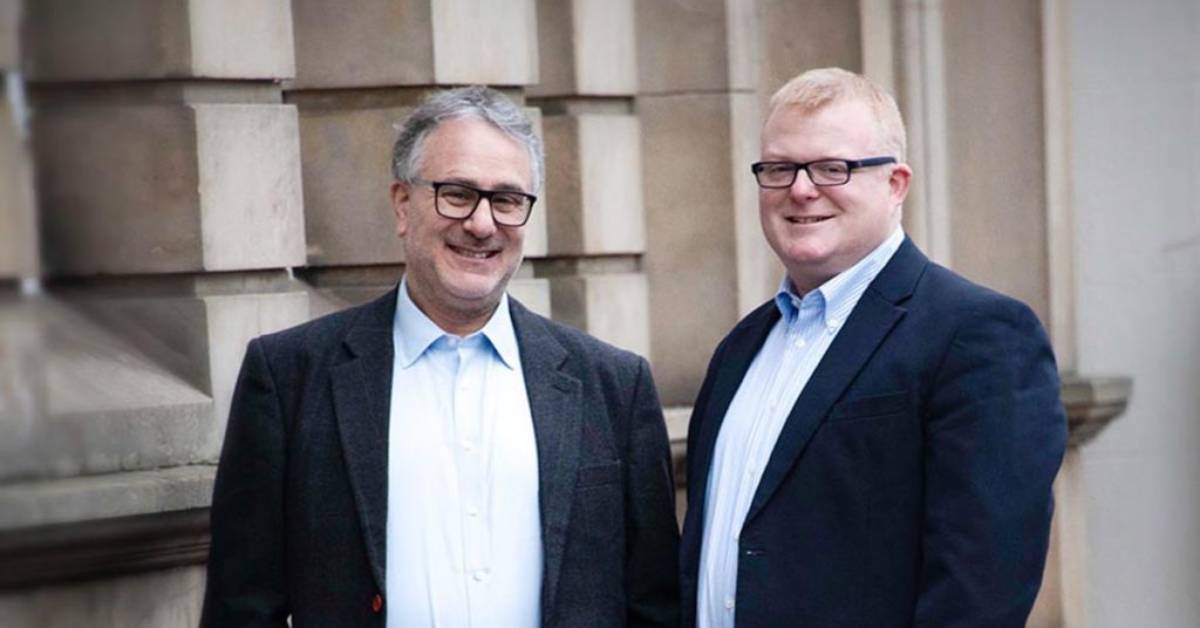